From the Acropolis to Omonia Square, you will see all the sites of ancient and modern Athens with this day trip. Offering a perfect overview of the modern city, this guided tour will help you navigate if it’s your first visit to Athens.

The day tour to Athens begins with a photo stop at the Panathinaiko stadium where the first Olympic Games were held in 1896. Proceed through Zappeion and the Temple of Olympian Zeus. You will then pass the trilogy of Athens which includes the University of Athens, the Academy of Athens and the National Library. Continue through National Garden, Hadrian’s Arc, St. Paul’s Church, Parliament, Tomb of the Unknown Soldier, Schliemann House (Numismatic Museum), Catholic Cathedral, Old Parliament, Constitution Square, Orthodox Church Russian, and finally the Acropolis.

Continue the guided tour at the Acropolis Athens museum . Major attractions such as votives, archaic statues, the caryatids, and of course the Parthenon Hall with metopes, pediments and frieze will impress you.

After a morning visit with full of pictures we ‘ll have lunch and then we go for a wonderful drive along the picturesque coastal road which offers a splendid view of the Saronic Gulf, passing through some of the most beautiful suburbs of Athens (Glyfada, Vouliagmeni, Varkiza) to Cape Sounion. Cape Sounion is only 70 km away from Athens, making it the perfect destination for a lazy afternoon. The temple of the Cape of Poseidon is perched on a rocky hill overlooking the sea. The view of the Aegean Sea is magnificent with the most breathtaking panoramic views in the world, which extend to the isle of Kea and the Peloponnese on a clear day. The temple of Poseidon was built in 44 BC, and many of its original Doric columns are still standing. One of the columns has a graffiti left by none other than Lord Byron in the early 1800s. The precipice is a sheer drop of 197 feet to the sea. 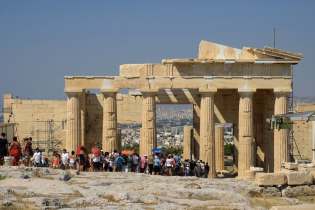 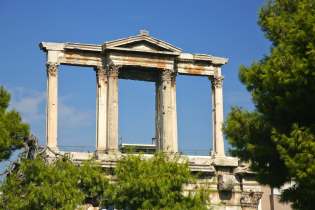 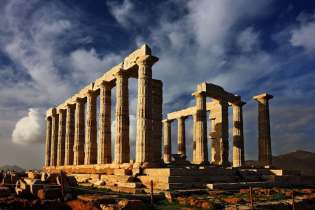 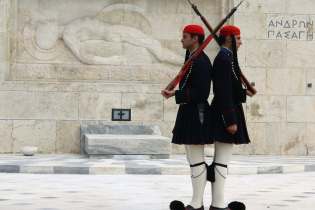 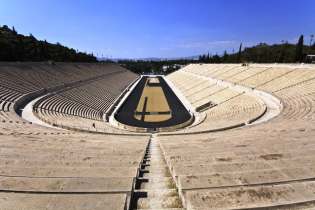 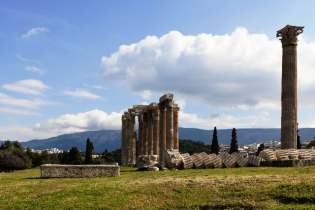