Santorini, Greece
Sprinkled like sugar over sheer, black volcanic cliffs, Santorini’s whitewashed capital, Fira, is a sight to behold. Wander the narrow streets or venture along the clifftop to pretty Oia for that iconic shot of the bluedomed church.
Your ship will spend the evening in port, so take a ringside seat in a clifftop bar to watch the fiery sunset.

Mykonos, Greece
A cosmopolitan paradise that attracts more than its fair share of beautiful people, Mykonos Town is the archetypal image of the Cyclades, with immaculate whitewashed houses, windmills and winding alleys.
Explore the sandy beaches, wander through the ancient temples on neighboring Delos and venture out on your overnight stay to enjoy the legendary nightlife.

Heraklion, Greece
The busy capital of Crete is a former Venetian harbor with a history dating back even further, to the time of the Minoans. Visit Knossos, once home to Europe’s oldest civilization and the setting of the legend of Theseus and the Minotaur and delve further into the artand creativity of the Minoans at the city’s extraordinary Archaeological Museum.

Patmos, Greece
Many believe the exiled Saint John the Evangelist wrote the Book of Revelation in a mountainside grotto on thisbeautiful island, which is fringed with pebbly beaches and limpid bays.
Visit the hilltop monastery founded in his honor in 1088, but don’t miss the chic little port town of Skala, packed with stylish shops and cafés. 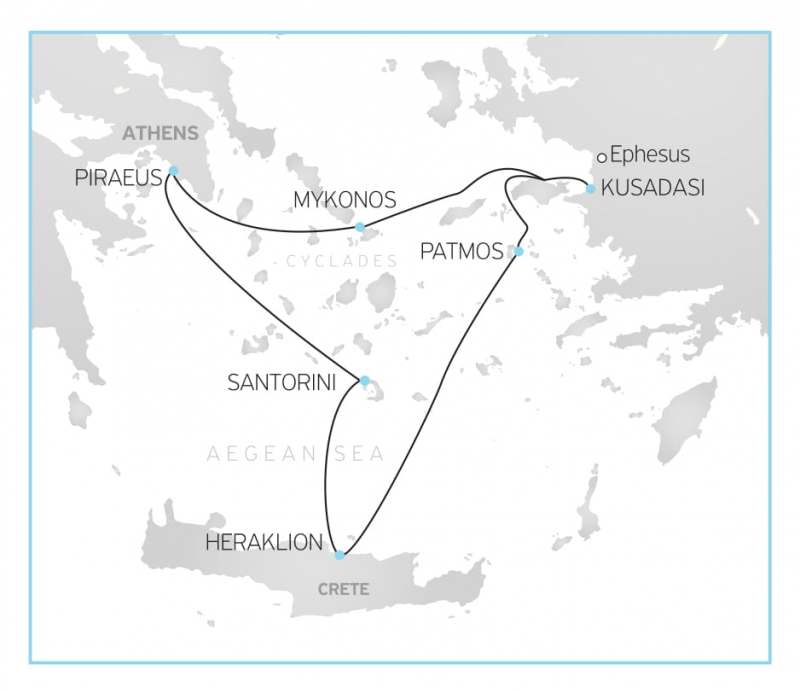 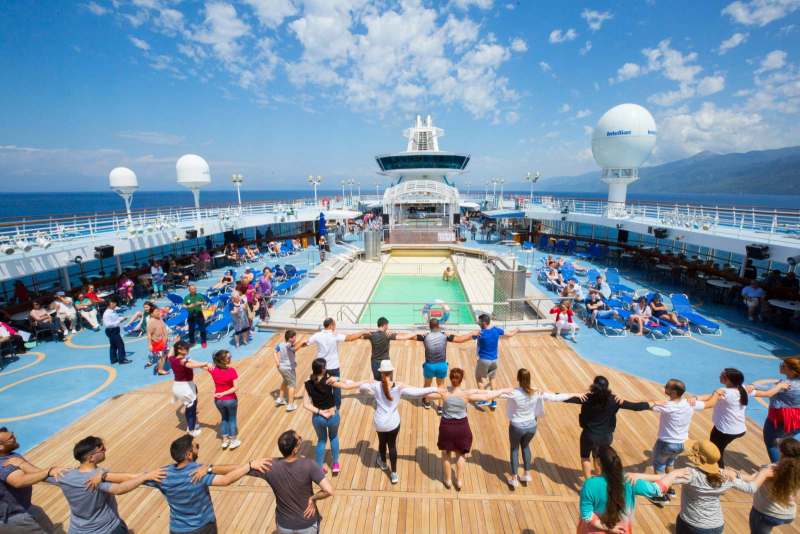 Enjoy your drink at Thalassa and Horizons bar and watch the Aegean Sea shimmer before your eyes. Celestyal Olympia includes lounges, bars, restaurants, a fully equipped gym, a library, a children’s playground, and an array of shops selling traditional Greek products and tax-free goods. 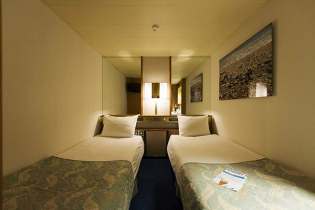 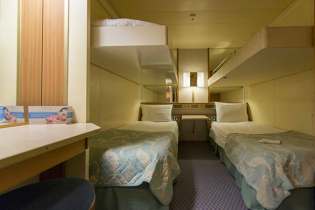 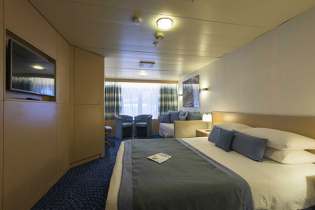 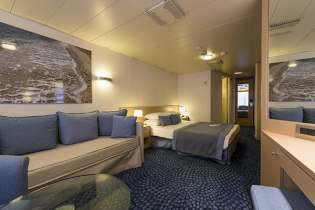 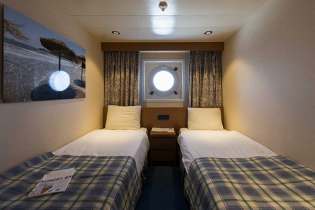 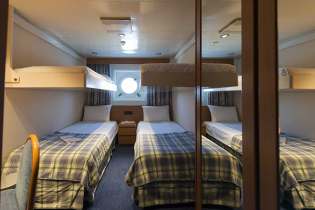 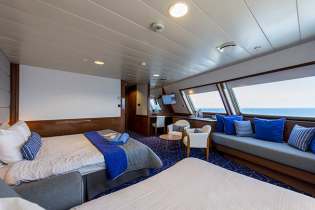 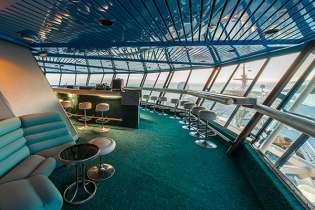 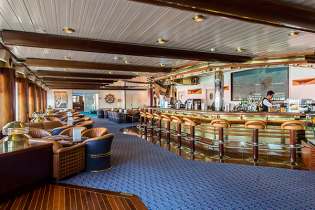 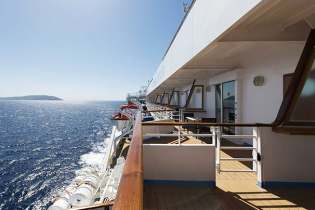 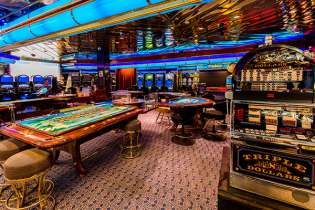 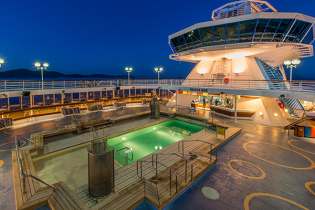 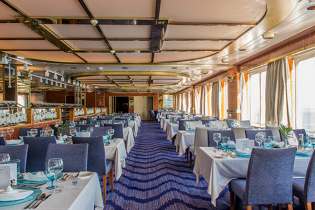 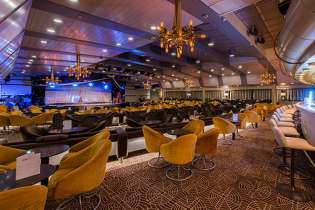 Ancient Ephesus through the ages – Hellinistic and Roman

Our Ancient Ephesus bus tour is a journey through the golden ages which shaped a pivotal center of commerce and spirituality. Built 3,000 years ago, Ephesus shaped the history of Greek, Turkish and Christian civilizations from its privileged location, chosen (according to legend) by the oracle of Delphi. A site of pilgrimage, due to its proximity to the Temple of Artemis (one of the 7 Wonders of the World) and the presence of major Christian figures (the apostles Paul and John and the Virgin Mary) within the city walls, Ephesus is currently one of the largest Roman archaeological sites in the Mediterranean. The splendour of its golden age is visible throughout its streets and exceptionally well-preserved ruins. As we explore this UNESCO World Heritage Site you will have the opportunity to breathe in the centuries of cultural effervescence, visible in the Ephesus Agora, Odeon, the Houses of the Patricians, the beautiful Temple of Hadrian and the astonishing Library of Celsus. You will also have the opportunity to bargain and shop local merchandise such as carpets, leather goods, souvenirs etc.

As we venture into the incredible open-air museum of the Palace of Knossos, our bus tour will take you along the proud Venetian heritage of Heraklion – the Koules Fortress (the stronghold overlooking the Heraklion harbour), the Venetian Loggia (the 17th century administrative and social center), the harmonious Morozini fountain and the 10th century Church of St. Titus. As you explore the Palace of Knossos, considered Europe’s oldest city, you are entering and experiencing the incredible world of the legendary Minoan civilization. The long and winding roads of Crete’s ancient city gradually expose the remarkable art, architecture and daily life of the Minoan people. Breathe in the millennia of history and imagine the legends of Daedalus, Theseus and the Minotaur come to life in the remarkable Hall of the Royal Guard and the Double Axes, the King’s Chamber or the Queen’s Apartment. Enjoy free time to savour the beauty and uniqueness of Crete’s largest city (and the fourth largest in Greece). The city is brimming with an assortment of museums that satisfy every taste- entre, full of busy cafes and elegant shops or retrace the steps of its Venetian rulers at the impressive fortified port, the vast arches and the arsenals. 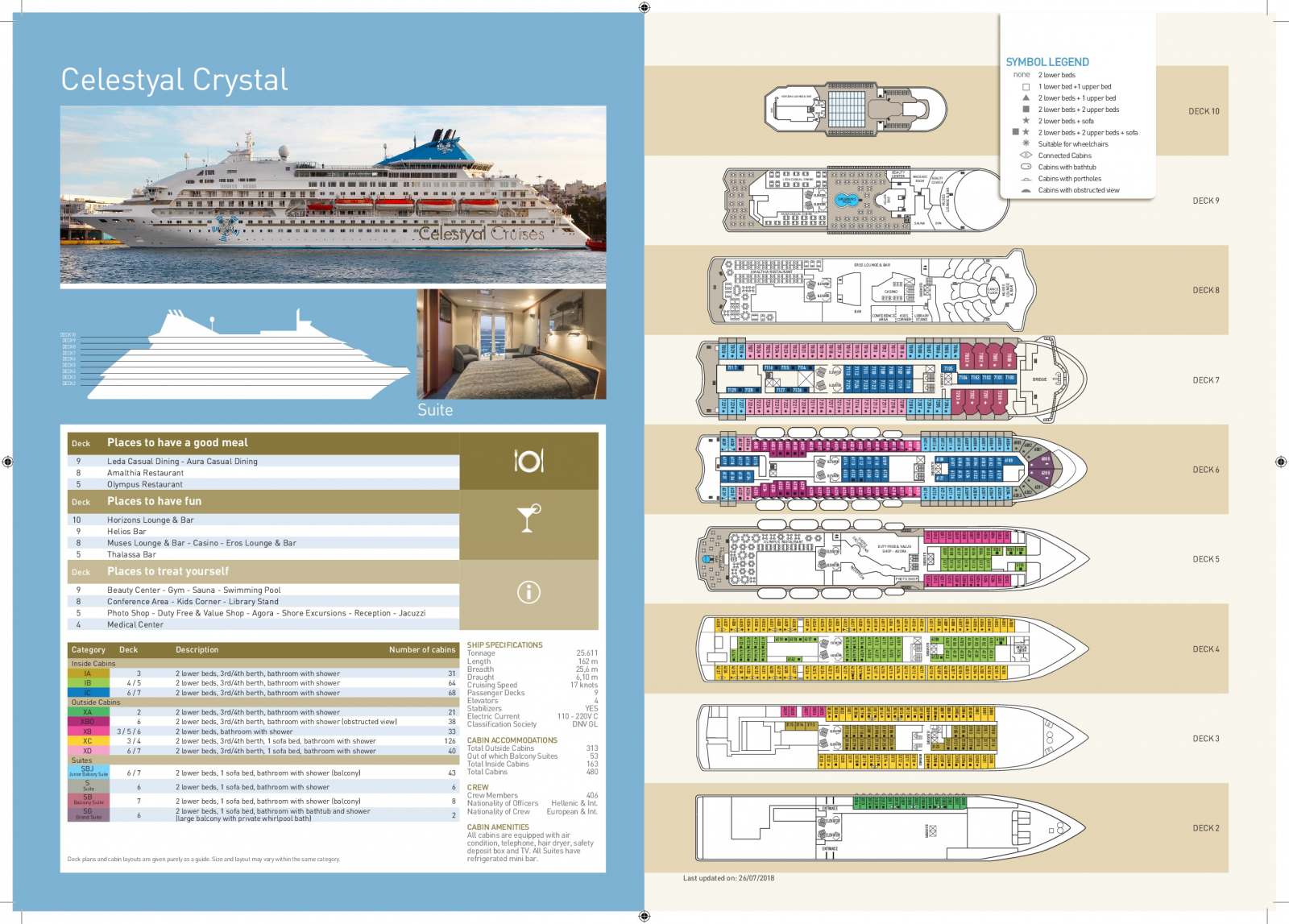