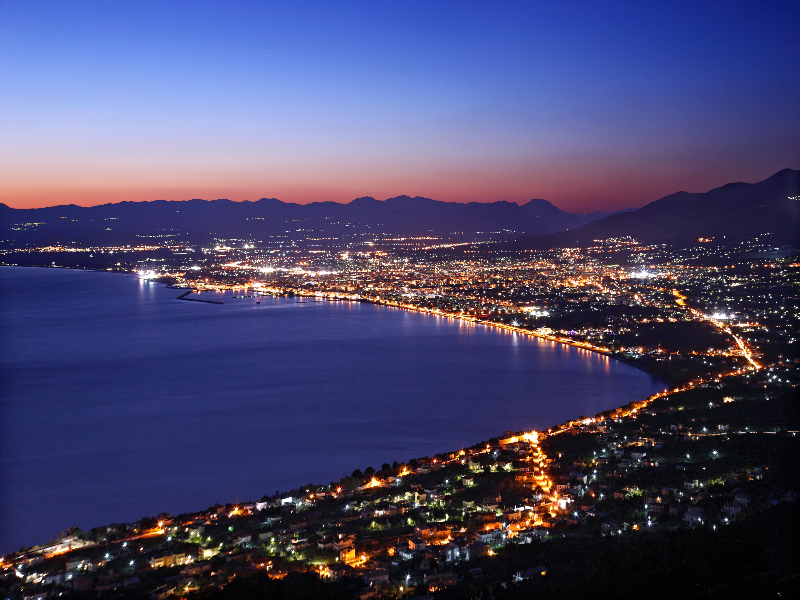 Kalamata is an important economic center of the Peloponnese. The region’s economy is based on agricultural production, with the production of olives and olive oil more famous.

Also the region produces figs, raisins, fruit and vegetables. In the industrial sector there are several industries of standardization and processing of agricultural products, beverages, while the most important industrial unit of the region is the Karelia Tobacco Industry.
Destinations Peloponnese Kalamata Epos Travel Tours

It has a lively night life in winter and summer, in winter at various bars in the historic center, while in summer at clubs and beach bars next to the sea and in the suburb of Verga built at the foot of Taygetos where there are wonderful bars and clubs with spectacular views  ay the sea ​​and the city of Kalamata.

The history of Kalamata begins with Homer, who mentions Pharae, an ancient city built around where the Frankish castle of the city is today.

The city gains glory after the Fourth Crusade (1204 AD), when the castle falls under the auspices of the Frankish feudal William of Champlitte and then by Geoffrey of Villehardouin in 1205. He rebuilds the small and ruined castle and so begins the economic prosperity of the city. Kalamata was the beloved town of Villehardouins.

The church of the Holy Apostles, the symbol of the city, is a small Byzantine church (in the 11th-12th c.) With some frescoes of the 14th century. The Franconian Castle offers panoramic views of the city. The railway park is located south of the city center and is an open-air railway museum, the largest in Greece and awarded by the European Commission.