Karytaina is a traditional village built on the top of a hill around the medieval castle. It is located in the ancient city of Vrenthi. The settlement is particularly distinguished by the medieval character of the houses, the castle and the Byzantine style churches. Karytaina is mentioned for the first time in the 13th century, during the Frankish rule in Greece. At that time it was the capital of one of the Frankish Baronies in Morea (Peloponnese).
Destinations Peloponnese Karytaina Epos Travel Tours

The French version of the Chronicle of Morea is referred to as Caraintaine. In the early years of the Frankish occupation, the Barony of Karytaina was ruled by the family De Barryer (or De Bruel). This family is also attributed to the construction of the castle of Karytaina, built in the middle of the 13th century. For its construction, the ruins of ancient Vrenthes were used, built in the same location. The impressive and powerful castle of Karytaina has given the city strategic importance and has secured it effectively. Later, Karytaina passed into the rule of the Despotate of the Morea, since in 1320 it was acquired by Andronikos II Palaiologos. 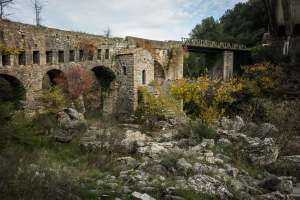