Built at the foot of two Venetian castles, Palamidi and Acronafplia, Nafplio, the first capital of modern Greece, is perhaps the most charming city of the Peloponnese and one of the favorite romantic weekend destinations all year round. In the narrow alleys of the old town of Nafplion with the preserved architectural character you can walk in the shade of the arbors and the oranges and enjoy your food in one of the many picturesque taverns of the city. 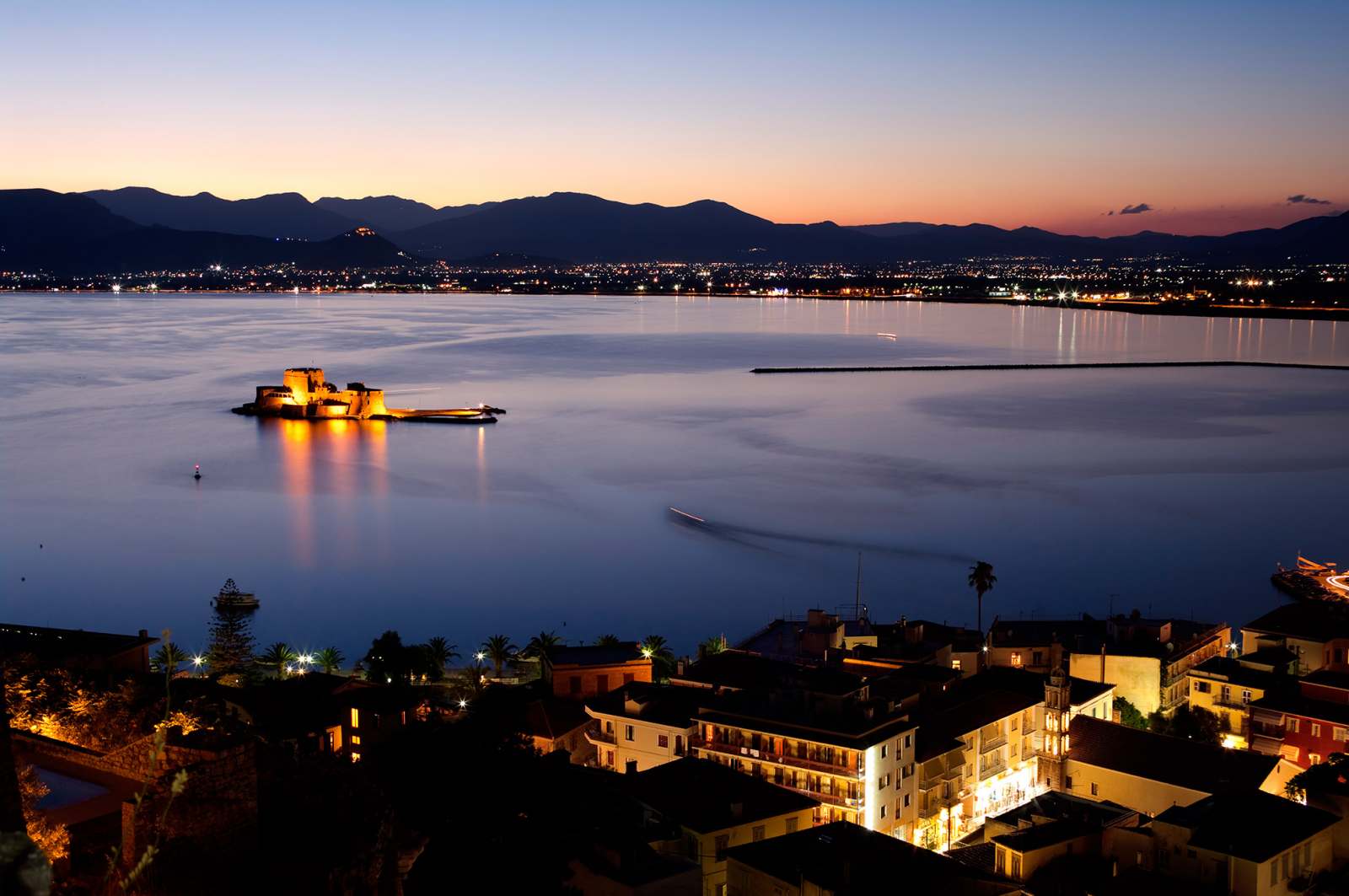 Durinng antiquity, Nafplion was basically in the shadow of Argos, serving as its port from the 7th century BC. However, during the Byzantine period and from the 11th century, the importace of Nafplion as a commercial center is constantly increasing. A story about the history of the city is that of Leo Sgouros, a local ruler of Nafplion in about 1200 AD, who wanted to extend his power and reached Thessaly in 1204. The Crusaders of the Fourth Crusade eventually captured all the regions he had conquered, along with Nafplion, around 1210-1212.

The city of Nafplion, Napoli di Romania of the Venetians, was formed mainly since the years of the First Ottoman Empire when , at the end of the 15th century, they built the lower city with artificial docks in the sea (below the old existing city) which is the present historical center of Naples. By then the habitation was essentially limited to the rock of Akronafplia. Significant works of the first Venetian domination are the Castle of Toron and the Mpourtzi.