Hiking in the Peloponnese from the North to the South -E4

Geomorphologically the Peloponnese is characterized by the large central massifs of Mainalon, Kyllini, Aroania, Erymanthos, Lykaion, Taygetos, Parnonas and other smaller mountain formations.

Mountain volumes and central plateaux form a large water catchment area. The water flows through gorgeous canyons and transforms into rivers that make the coastal lowland areas fertile. The larger rivers of the Peloponnese are Alfeios, Ladon, Erymanthos, Pinios, Neda, Pamisos and Evrotas. The mountains and rivers of the Peloponnese have always been a natural border between the subareas of the Peloponnese. They have always been a source of inspiration for Greek and foreign writers, combined with a myriad of mythological and historical elements. It is no coincidence that seven of the twelve of Heracles’ labors have a reference point in the Peloponnese, while the rest of them refer to distant mythical countries.

Arcadia occupies the central mountainous Peloponnese and in ancient times its area was even larger, since Arcadia was considered to be the whole mountainous Peloponnese. According to mythology, the founder of Arcadia was Lykaon, son of Pelasgos and the nymph Kyllini, who founded the first city that the sun “saw” on earth. This was Lykosoura, at the foot of Lykaion, the holy mountain of the Arcadians who faced this mountain, with awe. They believed that in Lykaeon the matter was losing its shade by overthrowing every reasonable explanation of the natural phenomena. They also believed, along with many other Greeks, that Zeus was born on the mountain of light, Lycaeon, and that the nymphs Neda, Thiesoa and Agno, nursed him and washed him on the river Lousios.

In a cave of Mount Killini the shy Pleiad Mea, one of the seven daughters of Atlas, gave birth to god Hermes, as a result of her union with Zeus.

With these peculiar mythological beliefs, Arcadia became synonymous with a wealthy utopia, a place of peace and harmony, a dream country where a man could live without worries, meditating in the midst of a hedonistic dream. This bucolic archetypal has passed into the history of Western art and the world of ideas in many forms and expressions and became a theme of Baroque and neo-classical painters, with the most characteristic work that of the paintings of Nicolas Poussin “The shepherds of Arcadia” with the mystical inscription ET IN ARCADIA EGO.

Diakofto of Achaia, on the north side of the Peloponnese, is the starting point of the most interesting part of the European path E4. Walking along the cog railway and the shores of Vouraikos, bathers in the waters of Styx, you discover the springs of Ladon rive  r, pass through the Arcadian highlands and the gorge of Lousios to the springs of Evrotas river and, following the cloudy Taygetos mountain, you finally end up at Cape Tainaron, at the cave of Hades, which was guarded by Cerberus the three headed dog. The proposed route, with slight discrepancies, gives the opportunity to those who choose it as a whole or parts of it to come in contact with general or special interest searches that the nature and the different phases of Greek history have generously depicted in the Peloponnese.

Drinks and soft drinks (except the above)

We visit the stunning temple of Epicoureios Apollo in Vassae  and then the bridge of Atcicholos from where:  – Group A : Rafting at Lousios and Alfeios rivers -Group B: Hiking the down part of Lousios to Kalamiou Monastery
In the afternoon by  bus to Sparta Dinner – Overnight stay

Visit the archaeological site of Sparta, the Museun, the Olive oil museum , and then the amazing castle-city of Mistras (Mystras) where we walk up to the Frankish castle and then   walk down the narrow main street to see the Palaiologoi Palace and a great number of well preserved Byzantine Churches   Hours  2:00 – Difficulty level: Α Then by bus to the Mount of Taygetos  We hike up from the water spring of Maganiaris to Taygetos Refuge (1600 m)  – Overnight stay

A dreamy night climbing up  to the Pyramid of Taygetos (2.407m) We enjoy the Sun rise and the reflexion of the pyramid shadow in  the Messenian gulf. From  here we have a panoramic view to all southern Greece  and some  the islands even Crete when the weather is clear.  We return to the shelter and we walk towards the village of Arna through the forest of the Roman empire road, the southest black pine forest in Europe.
Lunch under the huge plane tree at the village square.   Then we take the bus to Gytheio –Mavrovouni  – we settle at the Camping  and we enjoy our swim in the sandy beach. Evening walk at the town of Gytheion, the isle of Kranai, Dinner (Overnight stay in the camping)

Total Hike duration: 11 hours Difficulty level: Β++ (there is the option to reduce the hiking hours to the half –by bus).

Gytheio-Laconian Mani  We visit one of the worlds most famous lake caves, the Diros Caves and then two (2) hours hiking towards the Lighthouse of Cape Tainaron (Cape Matapan), the southern tip of the European mainland.  WE also visit the Sanctuary of Poseidon and soon afterwards we swim and have our lunch on the sand of the beach at the picturesque village Porto Cayo. On our way back we pass through the traditional settlement of Vatheia with the high towers and the beautiful village of Gerolimenas. Dinner at a nice restaurant in Areopolis.

We visit the archaeological site of Ancient Messini  and the Museum. Then we walk alongside the river Neda to the Eurynomi’s stomion (underground river) and Neda’s falls.  Lunch at Figaleia or Kakovaton Afterwards we depart for Ancient Olympia. Overnight stay.

Guided tour in the archaeological site, the museum and the Olympic Stadium of ancient Greece. After we visit the Helmoutsi Castle – Kotychio Lagoon and Strofylia Forest- Swim in Kalogria beach. Return to Athens through Patras 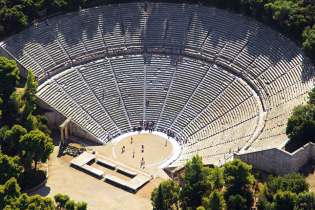 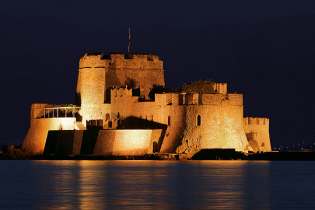 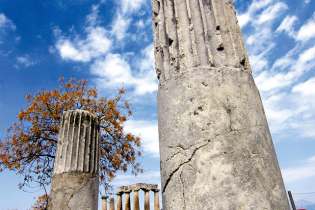 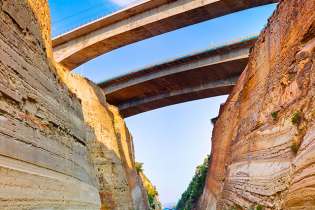 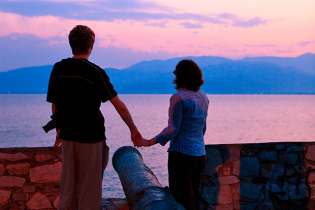 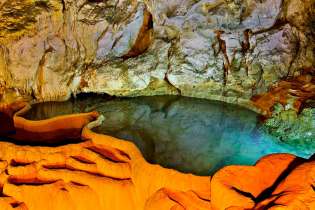 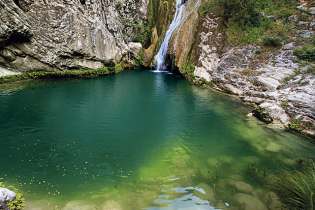 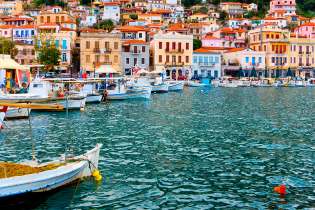 All our Epic Tours offered are accompanied by one of our local English speaker group guides. The aim of the group guide is to take the hassle out of your trip and to help you have the best experience possible.
The guide has excellent knowledge of the places visited and will provide you information throughout the whole trip, including historical, cultural and social aspects. Your guide takes care of all the essential things of the tour, offers suggestions for things to do and see and introduces you to the local communities.

We use a minimum three-star rating,conveniently located hotels and apartments with all the essential modern conveniences. Lodges that practice good eco-tourism, use products and hire staff from the local villages, walk lightly on the surrounding environment and are true to the area they represent.
Accommodation on all our trips is on a twin or double bed basis. Single upgrades are available upon request and depend on availability.

Concerning the transportation, our company cooperates with leading transfer companies which use vehicles of the latest technology with the most stringent standards. All minivans are equipped with comfortable seats, air condition and large windows.
Our experienced drivers will do everything they can so that your transfer be safe and pleasant.
In all our Epic tours offered, we have made an effort to include as many attractions as possible, therefore reducing our stay in the bus to the minimum, by making many stops.

When it comes to meals, Epos Travel & Tours strikes a perfect balance, since gastronomy is one of the main aspects of the total tour experience offered.
We include most meals (at selected seaside or traditional taverns) to save you time and money, yet we also leave enough free time so you can sample Greece’s gastronomic delights on your own.
Epos travel packages vary as to the number of meals included.All provided meals are clearly stated on the tours’s inclusions section.
As most of our hotels offer anything from coffee to a full breakfast, you can start the day the way you like best with high quality local  products.
Lunch is your chance to make culinary discoveries of your own – Your tour guide can give you tips about recommended places if asked.
When your itinerary includes a special experience, such as fishing on a hired boat,rafting or wine tasting, lunch will be included.
Please note that if you have any special dietary requirements you should inform us prior to the trip. We can provide vegetarian and vegan meals. Please feel free to contact us, regarding any questions you may have about food, so we can provide you the best options possible.

Meeting and finishing point: Most of our tours -unless otherwise stated in the trip’s information section- start and end at Syntagma square in Athens. Tours commence at 08:00 on the starting date and finish between 21:00 and 22:00 on the finishing point. Please note: In case you leave Greece on the day the tour ends,it is advisable to book your return flight at least 3 hours after our scheduled return time. That will give you the tranquillity and ease of mind, avoiding any unfortunate events that could blemish you vacation.

When you book  with us, please have in mind that our tours don’t include any accommodation before or after the tour. So we advise you to make any stay arrangements for the date the tour ends. In relation to your arrival date and your stay in a hotel in Athens or in another city for one or more days before or after the trips, please feel free to contact us and we shall arrange it at no cost.

With regard to your transfer to and from the airport, we are able to help, if you ask us about it. We can arrange a private transfer from the airport to your hotel in Athens and vice versa 24/7. Your private driver will be waiting for you at the exit of the airport, holding a placard with your name on it.
Regarding the issue of your air ticket you know that the sooner you buy it the more cheap it comes. You are most likely to find lower prices in your home country. But it is worth trying together.

Please check if you belong in one of the Free or Reduced admission categories below.

• Members of the Chamber of Fine Arts of Greece and equivalent Chambers of member-states of the EU, upon presentation of their membership card

• Members of the ICOM-ICOMOS, upon presentation of their membership card

• Young people, up to the age of 18, upon presentation of their Identity Card or passport for age confirmation.

Our departure dates don’t work for you?
No problem!
Let’s find the right one for you!