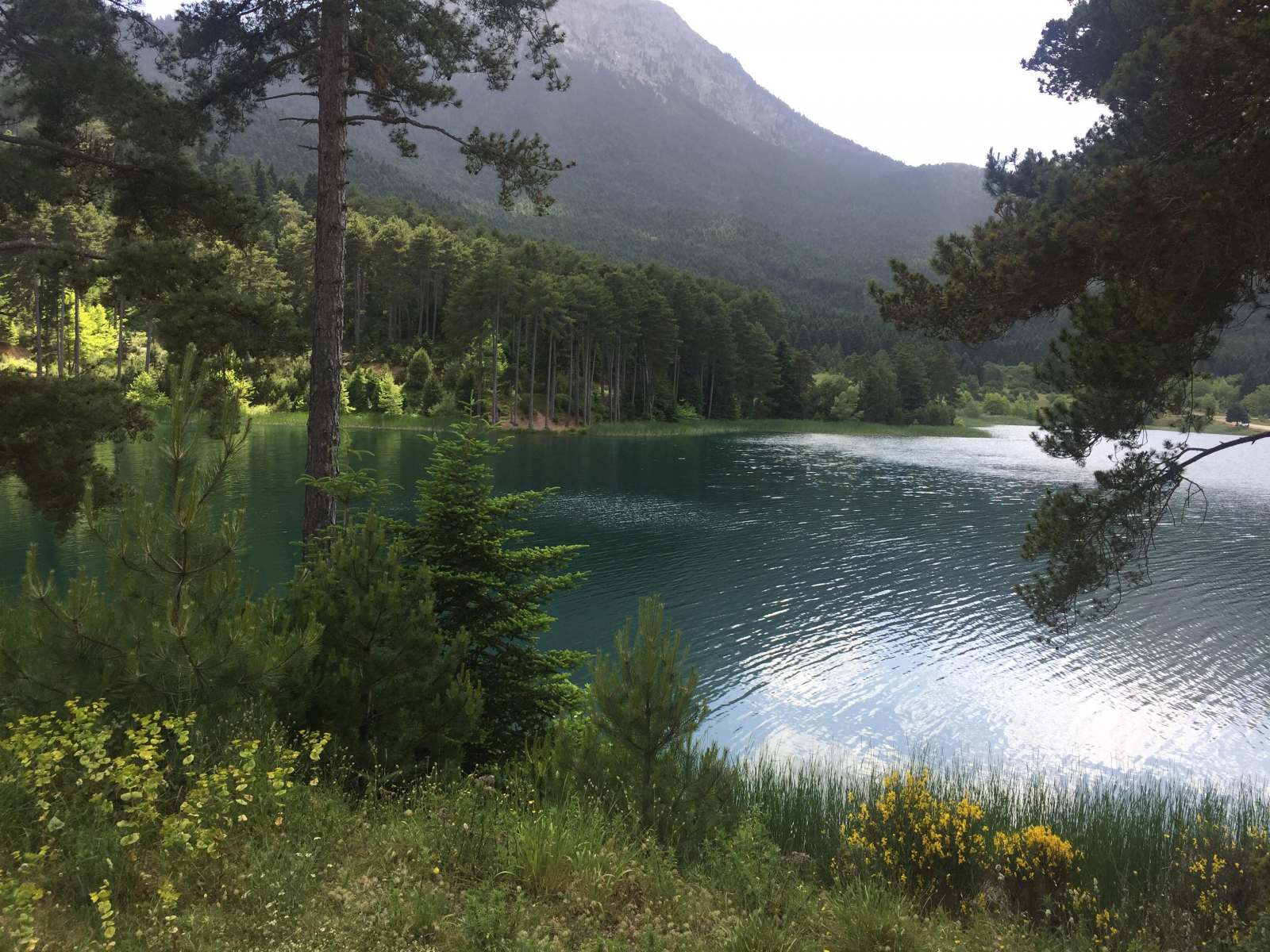 Going a little higher between the mountains of Oligyrtos and Kyllini we reach the beautiful plateau of Feneos with the ruins of the homonyme ancient Arcadian city.

The place is inhabited since antiquity, and according to Homer, the city took part in the Trojan War.

The mythology of the area says that once when Hercules went to Delphi to get a oracle Pythia refused to give, and then Hercules grabbed her tripod and brought it to Feneos in order to establish here another oracle. But at Feneos, Apollo awaited him and so began a struggle among the brothers. Zeus, seeing the brothers to be in quarrel, he threw a thunderbolt among them to separate them. Finally Apollo took back his tripod and Heracles the oracle he wanted.

In this Alpine scenery we will visit the Monastery of St. George, the beautiful Lake Doxa and the church of Agios Fanourios by the lake.