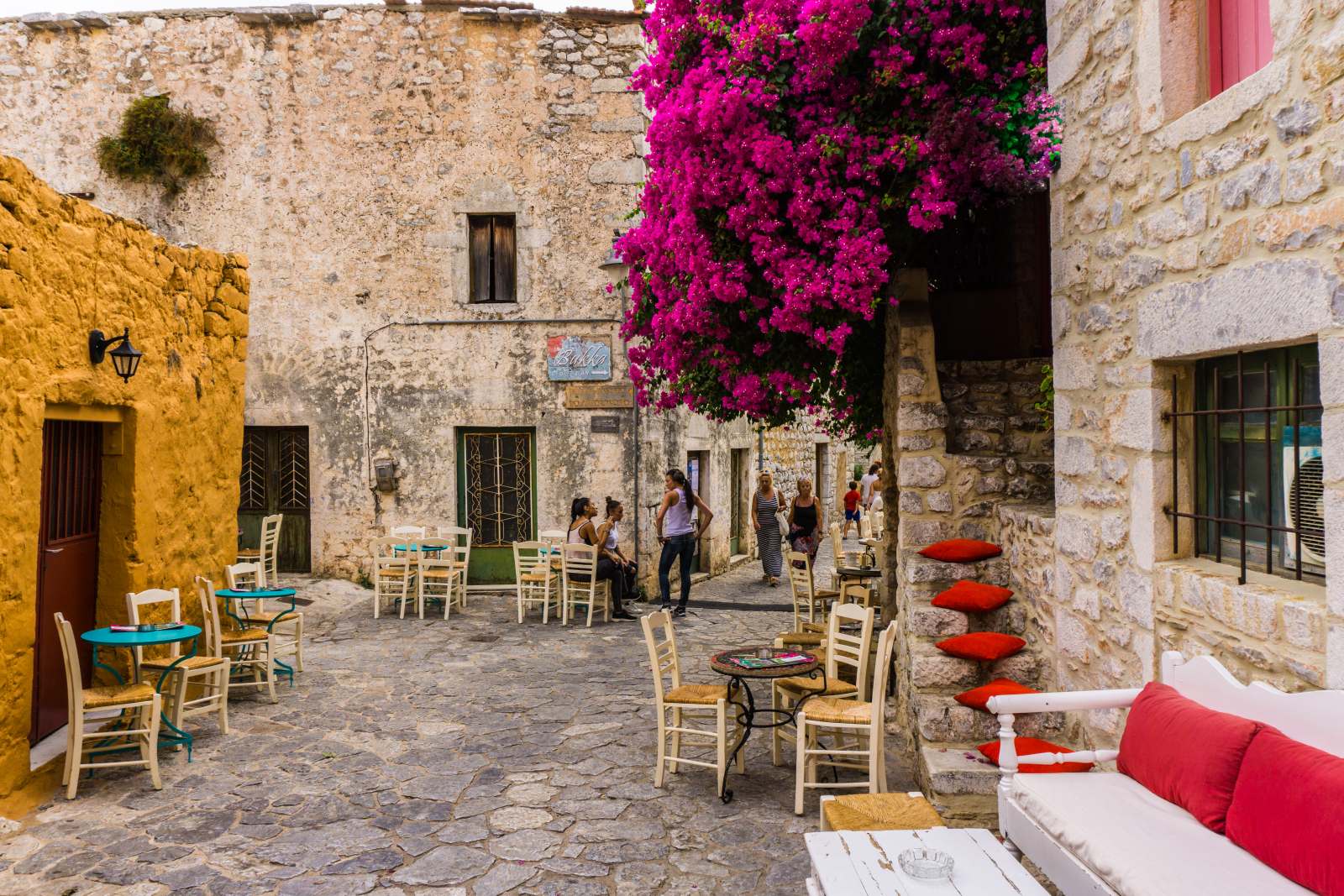 Areopolis is a town on the Mani Peninsula. The word Areopoli means “city of Ares”, the ancient Greek god of war. The Greek War of Independence was started at Areopoli on March 17, 1821 by Petros Pierrakos, also known as Petros Mavromichalis, the last bey of Mani. Now Areopolis has grown into a flourishing town. Its tower houses, constructed with field stones, are distinct from the traditional blue and white buildings that characterize many Greek villages.

Areopolis is situated near the west coast of the Mani Peninsula, 1.5 km from its port Limeni. It is 20 km southwest of Gytheio. There is a lively open air market in the main square each Saturday, with a lot of local producers present.

In this area the first armed groups were formed where they first raised the flag of the revolution on 17 March 1821. This Flag of Areopoli was white and brought various national symbols. It was rescued and exhibited today at the National Historical Museum of Athens. Local National Holiday is the historical date mentioned above, where, every year after the doxology, there is a representation of the uprising of that day on the precinct of the historic temple.

Sightseeing monuments are the following churches of the settlement.

Pikoulaki Tower, next to the church of Agios Ioannis, is one of the stations of the “Mani Museum Network”. The permanent exhibition deals with “Mani’s religious faith stories”.

Taxiarchis, the metropolis of Areopolis, on the historic square of 17 March 1821, with an important sculptured iconostasi and an exceptional stone relief decoration. The impressive multi-storey bell tower (1836) marks the whole city.

The small simple churches of Agia Triada (before the 17th century), Agia Kyriaki and Agios Petros, in the old western part of the city.

St. John the Baptist (early 18th century) of the Mavromichalion, with exceptional frescoes of 1746 and 1868.

Agios Nikolaos (1807) with a twelve-door dome and an interesting wooden matroneum.

The double temple of Panagia and Agios Charalambos, in Niarhakos Square, with frescoes of 1869 and an interesting stepped bell tower with stone relief.

The beautiful Limeni is a seaside village of Mani and one of the most beautiful and traditional settlements in the area that is worth visiting once in one’s life.

It is located 5 km from Areopolis and the visitor leaves from there full of pictures. A lane of terrestrial paradise with stone houses on the water. 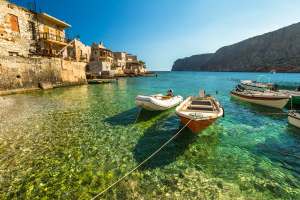 Limeni, the port of Areopolis, is generally recognized as one of the finest residential complexes of Laconian Mani with tourist growth growing in recent years. Arriving in Limeni we will admire Petrobei’s Palace with its four-story Tower and its arched openings that bear witness to the glamour of the time. The palace played an important role during the revolutionary and post-revolutionary times, while the tomb and the bust of the military leader Petrombei Mavromichalis were in the area.

Most of the beach in Limeni is rocky even in the sea.

Best things to do in Areopolis

Guiding services and transfers in Areopolis